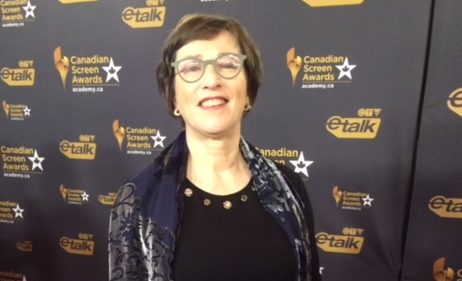 When I was 15, I told my Mom that I wanted to be a radio announcer. My path was clear. I started my career as a broadcaster working weekend radio shifts and reading the news at CFTK in Terrace BC. I also loved to write and under the guidance of two veteran copywriters, started to create radio commercials, which led to TV ads and a new job at CKPG in Prince George. My broadcast writing skills were recognized with many awards from Industry organizations and gave me great opportunities to move on to bigger things including huge jobs with Canwest Global, CHUM Atlantic and Bell Media, including a three year stint as Executive Producer of Canada’s only daily science news show, Daily Planet. In the last 6 years I produced a (Gemini) Canadian Screen Award winning current affairs series and created and produced an award winning cooking series. After the final season of the series, my husband and I sold up and left Toronto for Prince Edward County where I project managed the renovation of our new home in Picton. I’ve come full circle, back to doing what I love on radio with thanks to 99.3 County FM.