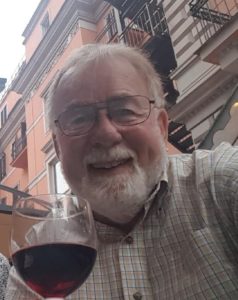 Mike does the news Sunday at noon.

Mike has spent time in the County since the mid 60’s. In 2000 Mike and his wife Sherry retired and spent six years cruising on their 42 ft sailboat from Atlantic Canada to Central America (and back). Since 2015 Mike has captained a Pontoon Tour Boat operating out of Picton Harbor during the summer. He also volunteers at the local hospital auxiliary and is a Past Commodore of the Prince Edward Yacht Club. Mike has been part of the News Team at 99.3 County FM since 2016.